A Sleeping Dragon no more: why start-ups and investors should be thinking seriously about China 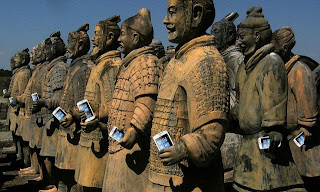 The Olympic Games is  not yet over. The Olympic stadium - the main venue located in the Olympic park in a once barren area of Stratford - continues to draw cheering crowds. This stadium is indeed, the place to be to witness the brilliance of elite athletes write their names in the history books. There is an analogy to be drawn between the evolution of Stratford, and the emergence of China: the latter was once a dormant under-productive nation but now an economic superpower. The paean to the Eastern giant has been sung countless times before; but is this worth repeating? Quite simply, yes.

Today’s technology stakeholders should have China at the forefront of their business agenda if they plan to become giants tomorrow. The reasons for this are several, and the world’s largest corporations are already showing signs that they are positioning themselves to grow with China. Some of them are as follows:
Several start-ups have seen some of these potentials and have progressed to become active in the Chinese market: one example is the 10-year old software company Comsenz, which is now owned by China’s largest internet portal, Tencent. Comsenz' founder, Kevin Dai, noticed just how popular blogs were becoming, and how the glut of features on these sites was slowing down the webpages. As an entrepreneur in China, Dai discovered the importance and cultural significance of hiring older and more experienced senior managers in order to sustain business expansion.

Perhaps, as a start-up or an investor with global ambitions, you are now more convinced that China should not be a secondary objective, but a prime focus.
business China investors setting-up start-ups